“He certainly didn’t mean to offend anyone or inadvertently take sides on a political issue.”

The Peel Regional Police are apologizing and have provided more details, exclusive to the Sun, about an officer who flew a Khalistani separatist flag from his patrol car window.

According to Sergeant Matt Bertram, a media relations officer with Peel Police, the photo of the officer circulating online was taken on June 10, 2018, while the officer was working on paid duty at a Sikh parade in Brampton, Ont.

A tweet sent out that day by the Peel Regional Police called the event, “The Sikh Martyrdom Parade.” Online photos of the event show people glorifying militant leaders of the Sikh independence movement — including mass murderers and people considered terrorists by our Indian allies. 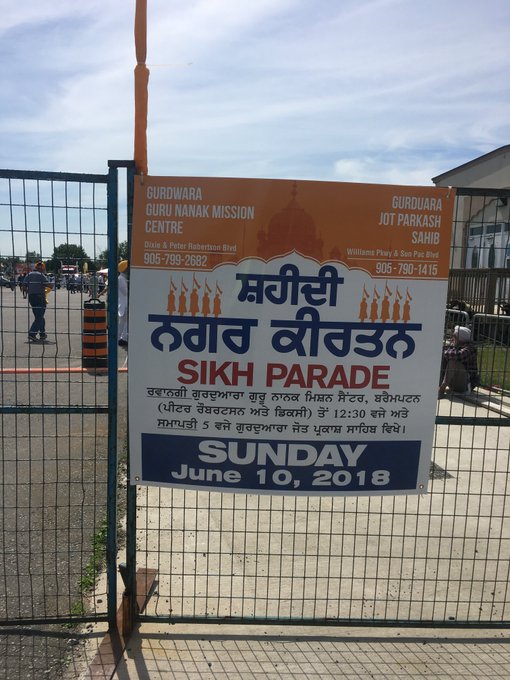 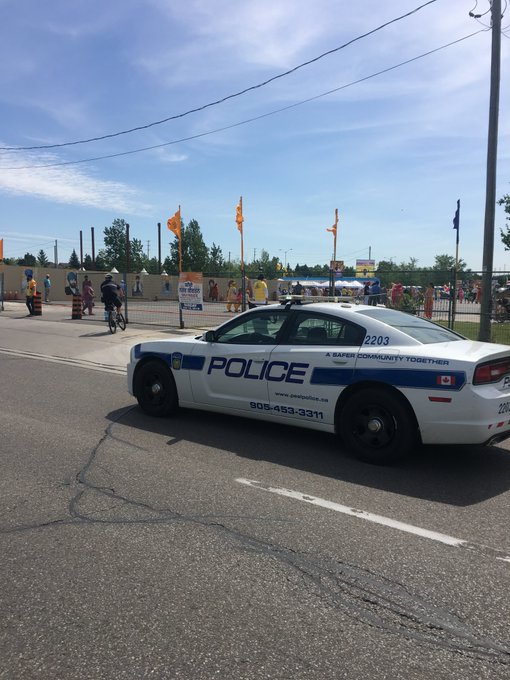 The officer was working to provide security at the parade, when, according to Sgt. Bertram, “he was approached by a father who asked him to pose for a photo with his young son.”

“The father asked the officer to hold the flag (which looked like the flag being flown in the parade) instead it was placed on the car and the father snapped the photo,” said Sgt. Bertram. “The flag was returned to the father after the photo was taken.”

Many public figures and politicians are beginning to avoid events held by radical Khalistani groups, because they often glorify violence and carry posters of so-called “martyrs” — people viewed as terrorists in the eyes of the Canadian and Indian governments.

The worst terrorist attack in Canadian history — the 1985 Air India bombing, which killed 329 innocent people — was carried out by Khalistani terrorists.

While most Sikhs in Canada are peaceful and patriotic citizens, a powerful faction advocate for an independent Sikh state to be carved out of India. Many in this faction call for violence and condone terrorism as a means to achieve their agenda.

The Khalistani flag is seen as a provocation by many in India, and during Prime Minister Justin Trudeau’s visit to India, Punjab’s Chief Minister Araminder Singh expressed his concerns about Canada’s soft treatment of Khalistani extremists.

Punjab is a predominantly-Sikh region in India, and radicals want to turn it into an independent Khalistani State.

Chief Minister Singh strongly opposes the Khalistani movement, and gave Trudeau a list of nine extremists who allegedly lead Canadian-based operations. According to an Indian government official, these operations include “targeted killings,” efforts to “radicalize the youth” and the “financing and supplying of weapons for terrorist activities” in Punjab.

Trudeau insisted that, despite playing ethnic politics at home and cozying up to the Khalistani faction to win votes, he is committed to a united India.

The very next day, as reported first in the Sun, Canadians learned that the Trudeau government had invited convicted Khalistani terrorist Jaspal Atwal to official Government of Canadian events in India.

According to Sgt. Bertram, the Peel Region Police officer “was not aware of the political meaning behind the flag.”

“He certainly didn’t mean to offend anyone or inadvertently take sides on a political issue.”

“We apologize for any misunderstanding this may have caused,” said Sgt. Bertram, adding that the officer is “very embarrassed” by these events.